Edmonds’ ecopower®400 has been incorporated into a control system to maintain the critical temperature of electronics in wireless transmission systems below 35°C. Energy usage will be a miserly 40 watts. In the past a 3kw air conditioning system was used to achieve this task.

There are tens of thousands of wireless transmission stations spread throughout Europe with most requiring subsidiary cooling to protect vital electronics.

In June 2011, EPlus (Germany’s third largest telecommunications provider) signed an agreement to proceed with a first batch of 200ecopower® installations. The German Government provided 30% of the cost as part of its Green Projects scheme.

Prior to receiving the project go-ahead Edmonds had conducted extensive trials in Australia into the heat removal capacity ofecopower®400 and this was followed up by trial installations on eight stations in Germany lasting nearly 12 months. The wireless stations range from buildings located in the attic space of tall apartment blocks to standalone field locations.

The potential greenhouse gas savings of this unique Australian technology and its application for wireless transmission stations alone is staggering. Duetches Telekom is now evaluating the potential for Edmonds’ patented ecoPOWER technology. 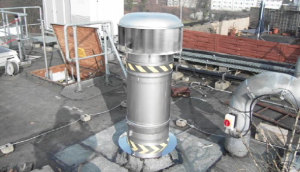